So, I don’t know if I mentioned it in the previous post, but we had managed to capture a wanted prisoner during our raid on the fort. We picked our Cleric to guard the prisoner while the rest of us cleared out the rest of the fort. During the search our fighter came across a Masterwork sword that was better than the one he had. He gave me his old Masterwork Long Sword, so that was nice to have. (I still prefer beating the crap out of stuff with my shield though.)

We headed to the basement of the fort and were immediately attacked by dire rats, a swarm of spiders, and a druid who had shape shifted into a wolverine. 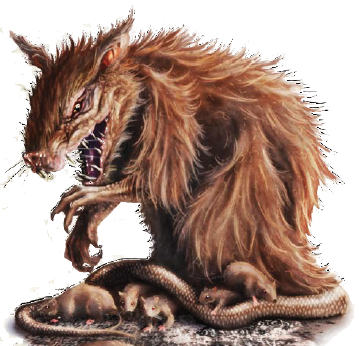 The Dire Rats we were able to take care of with no problems. The Wolverine took some hits to take out, but in the end our fighter ended up getting a critical hit and literally chopping the guys Druids head off. The Spider Swarm was another problem entirely.

The problem with the Spider Swarm is that it kept poisoning people in our party. If our party wasn’t quick enough on its saving throw then they would continue to take damage for awhile after they were poison. Luckily I was able to get away long enough to avoid being poisoned.

Once we got done getting rid of all these nuances, we were able to finish looting. We found LOTS of stuff. Some awesome equipment, and lots of treasure. I walked away with about 1800 extra gold pieces. Once we had gotten done ransacking the place we decided it would be a good base of operations for future missions in the area. We’ve named our new retreat Fort Tuskwater after the lake that it sits next to.

I know I mentioned our former Paladin friend in the previous entry. We decided to ask him to stay behind and keep an eye on things while we headed back to Olegs Trading Post. We also asked the ex-Pally to talk to the gnomes and see if perhaps they would be interested in setting up a trading post in Fort Tuskwater as a way to make some money and help keep us supplied as need be. (Side note, we heard back later while we were resting that the Gnomes said they aren’t interested in setting up a trading post).

At that point we left the Pally to his duties and trekked our way back to Oleg’s Trading Post. On the way back we stopped by the temple where I had met up with the group previously. The priests in the temple offered us each a Masterwork weapon for free as a thank you for killing the Stag Lord. I picked up a Masterwork Composite Bow. Finally we arrived back at the Trading Post for some R&R. We sold a lot of stuff to Oleg and went away with LOTS of Gold Pieces.

We decided to take a week to relax at Oleg’s. While I was scouting and exploring around the trading post area I came across a young wolf. He looked scrawny and beat up. I was able to lure him to me with some jerky. Once he figured out that I wasn’t going to hurt him he started taking food from my hand, but I couldn’t get him to come with me that first day. After several days of meeting him in the woods he finally decided it was safe to come with me, and stayed with me in my cabin that night. He seems to be sticking around. I named him Skoll.

Around the 6th day we saw a giant dust cloud to the north of the Trading Post headed our way. We equipped our gear and got ready for a fight. The poor messenger who showed up at the gate didn’t understand why we looked like we were about to attack him. Turns out the leaders of Restov were quite happy with the groups progress so far. They sent us the following letter:

“Be it so known that the bearers of this charter having delivered the northern reaches of the Greenbelt  from the scourge of banditry, having provided detailed maps of the lay of the land, and having done no small amount of work in the exploration of said land and the culling of hostile monsters and indigenous hazards are hereby granted the right to rule. The nature and laws of rule are theirs to define, and the well being of this new nation is theirs to protect. In accordance for providing a stable nation to the south of central Rostland, let there be a generous stipend of funds, support, and advice provided to this fledgling nation as a token of Restov and Brevoy’s goodwill, such that future relations between kingdoms might be mutually beneficial. So witnessed under the watchful eye of the Lordship of Restov and by the authority granted by Lord Noleski Surtova, current Regent of the Dragonscale Throne.
Joseph Sellmius
Lord Mayor of Restov”

The large cloud of dust that we had seen in the distance turned out to be colonists for our new nation. They brought building supplies and materials with them so that we could start work on the capitol of our new nation. We discussed 3 different possibilities as to where our capitol city would be set up. We finally decided it would be good to start building it around Fort Tuskwater. We decided that Fort Tuskwater needed a better name. So after kicking around a few names we finally decided on Veridian (which means green, considering we are in the Green Belt.)

We decided that this new nation would be called Tuskwater Province, so named after the lake that is smack dab in the middle of our nation. The next step was to appoint cabinet positions in our government. Our Rogue has become ruler over the nation. Given that he tends to remain pretty neutral in all dealings, it seemed he was the best choice for it. Our fighter became the general of our nation, and will control its army (once it has one). I became the warden, enforcing law outside of the capitol and assisting the general as needed. Oleg (of the fmous Oleg’s Trading Post) agreed to become our treasurer, given how good he is with money. Our ex-Paladin friend agreed to become the Marshal of our new city, enforcing the law within its walls.

This is where my journal entry will end for now. I look forward to more progress in the building of our nation. It is an exciting time for Tuskwater Province!